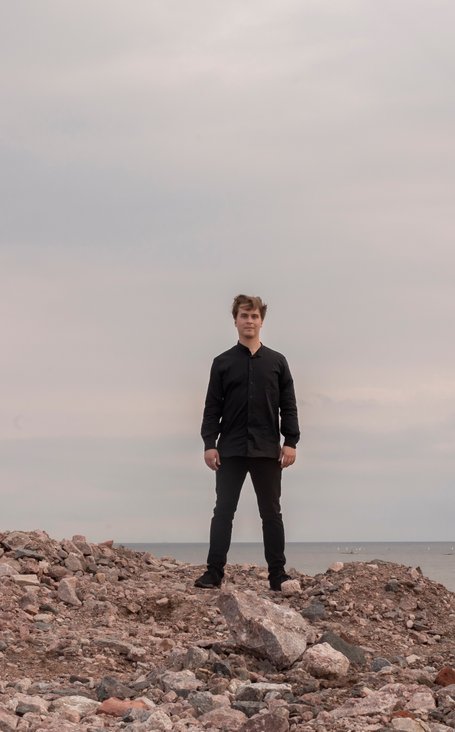 Janne Juho Ilmari Valkeajoki was born on leap day 1992 in Eastern Finland. This clever timing allowed him to pursue a successful career as a musical child prodigy: 2015, after only five birthdays, he won first prize at the Arrasate Hiria - accordion competition in Spain, one of the most prestigious accordion competitions in the world.

He studied accordion and conducting at the Sibelius Academy in Helsinki, his teachers there were Matti Rantanen and the legendary Jorma Panula. After that he finished his Master Class at the University of Music in Würzburg/Germany, where he was trained by Stefan Hussong and Ari Rasilainen. In 2021/2022 Valkeajoki was an academist at the Tonhalle-Orchester Zürich's and Paavo Järvi's Conductors' Academy.

He has performed as a soloist with many Finnish ensembles, such as the Symphony Orchestras of Jyväskylä, Mikkeli and Lappeenranta and Ostrobothnian Chamber Orchestra. During his training as a conductor, he has conducted numerous orchestras both in Finland and Germany.

Janne Valkeajoki also organizes concerts and musical events. At the moment he is the artistic director of two festivals, the Kumaus-Festival in Lappeenranta and the Nordlyd Festival, which annually takes places in changing cities of the Nordic Countries.

His heart belongs to contemporary music, and he is always ready to embark on an experiment, as long as the artistic standards are in place. As a virtuoso and conductor he likes to approach music fearlessly and without prejudice, respecting traditions, but at the same time thoroughly dusting them off.